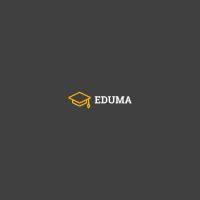 My daughter had joined XL Education when she was in Year 5 in Sep’ 2018. Normally, she had classes once a week there at Maiden Erleigh School. Before joining XL, we had visited other tuition centres such as AE, and some others. We found that XL Education had better classrooms, and more friendly environment compared to other places. XL had set a very nice study pattern for students, and the work given is not too much, and not too little, and one can expect to devote around 2 hrs for 5 days in a week. XL Education didn’t skimp on study material. A lot of 11+ books from all the good publishers were given to students (could be like 70-80 workbooks in a year). They gave extra classes even though we had paid for only one class in a week, but many times towards the end, there were two classes in a week. On some occasions, they had also arranged external teachers, who were experts in the subject. They also conducted mock exams at their center and also provided with discount code for external mock exams.

We are really thankful to Sriram Sir, Ms Uma and other teachers and student helpers at XL Education, due to which, my daughter could clear 11+ exam and go to Kendrick School. They helped in making our dream come true.

Any cookies that may not be particularly necessary for the website to function and is used specifically to collect user personal data via analytics, ads, other embedded contents are termed as non-necessary cookies. It is mandatory to procure user consent prior to running these cookies on your website.